This blog takes a look at the history of kitchens and possibly provide you with some inspiration to improve your current kitchen.

By looking at past kitchen designs we may get an idea of what to expect from kitchens in the future, both aesthetically and ergonomically.

Kitchens are a fundamental part of any household.  And believe it or not, they’re the product of decades worth of innovation, in function and appearance.

Nowadays every kitchen has a multitude of different conveniences.  For example, hot and cold running water, electric refrigeration, cooktop and a surface for food preparation.

With these modern conveniences, it’s easy to forget how kitchens were in the past.  Over two centuries ago kitchens were an open fire with food hung from massive rafters.  And cooking utensils consisted of clay pots and stonewares. 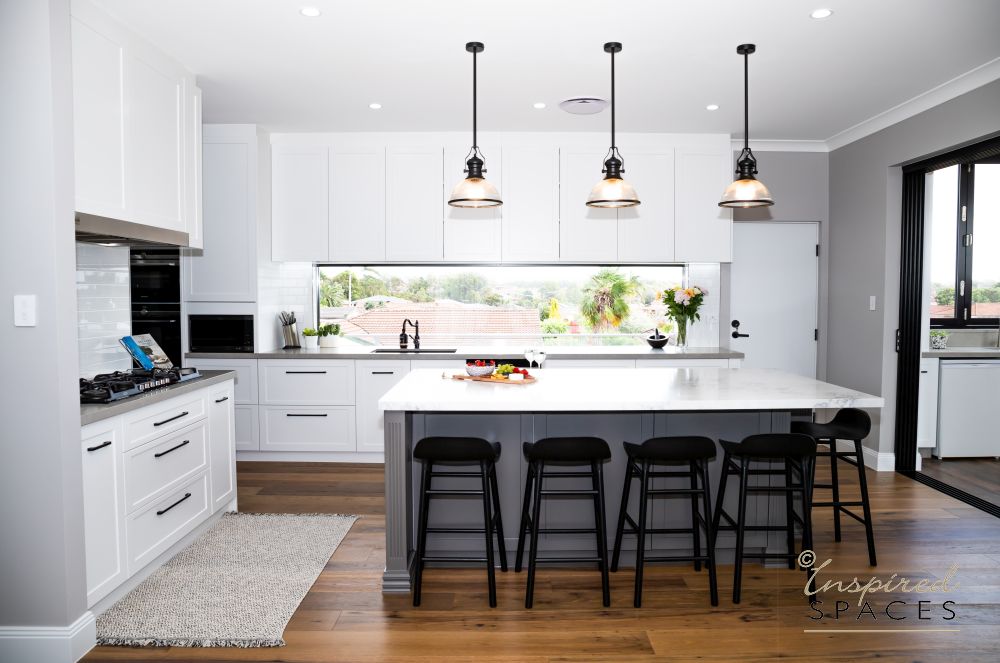 Most commonly the kitchens were located in a separate room from the house.

Cooking was thought of an arduous activity.  They were dirty places full of smoke, soot and heat from fireplaces. And usually only occupied by slaves and servants to labour in.

Things started to change when gas cooking and electricity was invented in the early 1900s.  People started to use refrigerators, boilers and ovens.

With the industrial revolution and introduction of production line into factories, efficiency became sought after in working environments, the kitchen included.

In the 19th century the development of the “model kitchen” came about.

Sisters Catherine Beecher and Harriet Beecher Stowe wanted to bring order into the most chaotic room in the home.

They specifically designed storage spaces for ingredients and utensils.  Along with adding the latest technology at the time, being the wood-burning stove.

Margarete was commissioned to help solve the housing crisis in post war Germany. Her design became the world’s first mass produced fitted kitchen. Margarete’s design was functional and provided easy access around the kitchen.  Today, this is known as the kitchen triangle.

After the World War 2, kitchens became the area in the house where housewives would spend the majority of their time.  Because of this, kitchen design and function became a big key.

This era also saw the debut of the blender, microwave and toaster.  Each making an impact on daily household life and lessening the effort it took to whip up a meal.

After the 1950’s the style of the kitchen changed from cheerful and funky with colourful wood and plaster to more minimalistic look.  More toned down materials such as stainless steel became very popular. 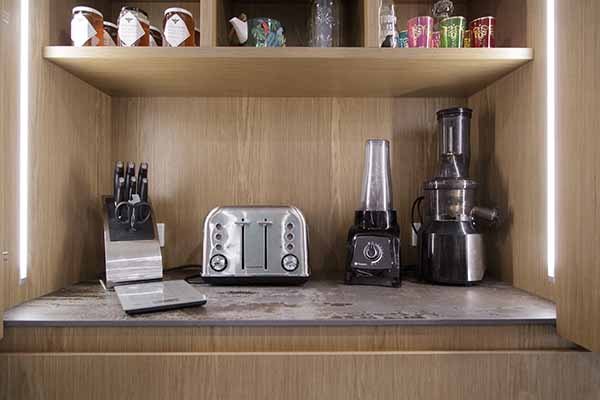 With busy lifestyles and the conveniences of the 21st century you now have kitchens then can basically do everything for you.  Ovens that clean themselves, fridges that automatically defrost and utensils that mix all your ingredients.

The kitchen is always the heart of the home.  So ensuring you have a well-designed island bench and plenty of seating for entertaining guests is important.

Today there are so many beautiful materials to select from.  For instance, for an island bench you can choose from many types of timber, laminate and natural or reconstituted stone.

Choosing the right splashback is also a fundamental ingredient to any kitchen design.  Look at mirrored, coloured glass, tiled or wallpapered splashbacks. 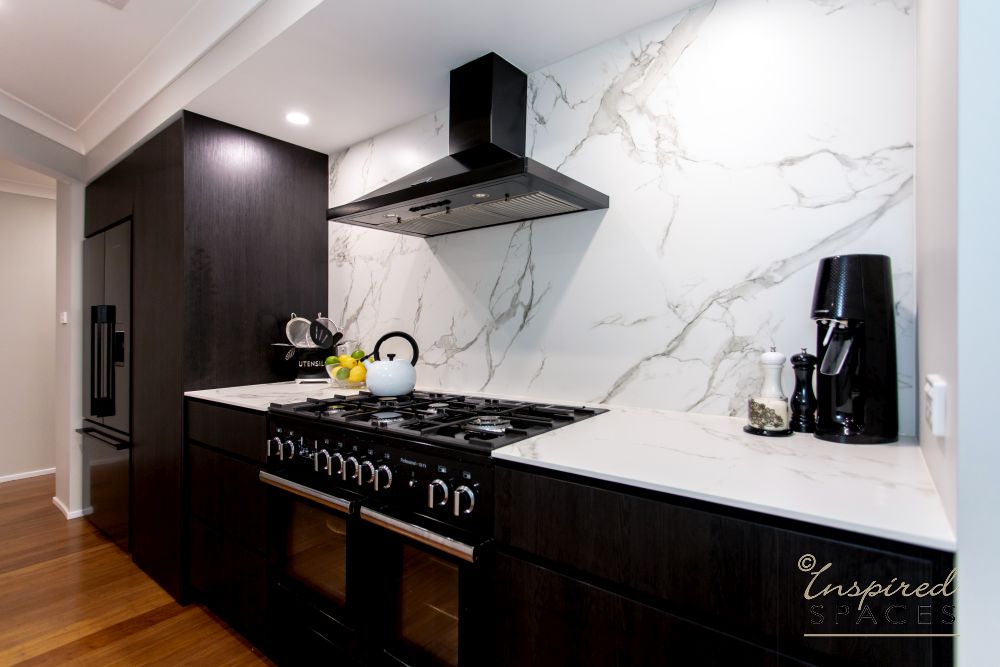 Make sure to add some pendant lighting over your island bench.  This will lighten and brighten the space and add a focal point in the room.

You can also use a skylight to maximise light over the benches.  This also creates a connection to the outdoors space.  Consider using black to highlight simple forms which create dramatic contrast.

With so much inspiration, why not think about creating your own contemporary kitchen?

Click here for some tips on renovating a kitchen on a budget.