I find it interesting that American trends for kitchens predict the open plan for 2016 but here in Australia it has been this way for many years.

Our laid back lifestyle and climate encourages the casual dining experiences and we generally find ourselves spilling onto the outside pergola or verandah to entertain.

The principle of combining the living, dining and kitchen in one room influences finish selection, layout and design.

The influx of stainless steel appliances onto the market has seen them become a feature, especially the canopy range hood.

Popularity of canopy rangehood led to introduction of new designs

The popularity of the canopy rangehood has lead to the introduction of new designs that simulate a decorative pendant light, in particular for the island bench. In the more upmarket kitchen, fully integrated appliances such as the refrigerator and the dishwasher are being installed to create a streamlined, no fuss appearance.

Caesarstone or its equivalent is still a favourite with Australian families as is the polyurethane cupboards and drawers.

The recent improvement in laminates and veneer finishes means they are becoming more popular especially if the budget is tight and is a good way of reducing your total spend.

Vacuum formed finishes are your middle of the road selection.

Energy efficient appliances are becoming more of a focus with rising power costs and sustainable living principles becoming important to most Australian families.

Appliances such as a steamer oven are also popular with the increased emphasis on health.

Handles still tend to be nonexistent or the larger, brushed stainless steel or chrome.

Soft closing doors and drawers are now seen as a necessity rather than a luxury.

New accessories such as the pull out corner cupboard and pantry and even drawers in the kick ensure even the smallest kitchen is efficient.

Drawers are replacing cupboards for their efficient use of space, no lost items lurking in the back of the cupboard. 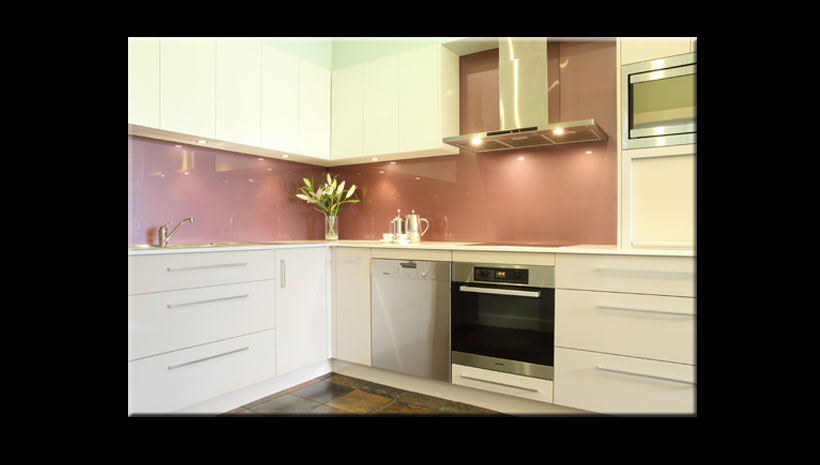 White kitchens are still among the popular

No doubt the white kitchen is still the most popular but with the use of overhead cupboards you will often see two tone kitchens to break the monotony.

Glass splashbacks are still prevalent however they are not a popular as a few years ago.

The island bench is still one feature that is considered essential which allows casual seating, a homework bench and the cook to be in the hub of things. 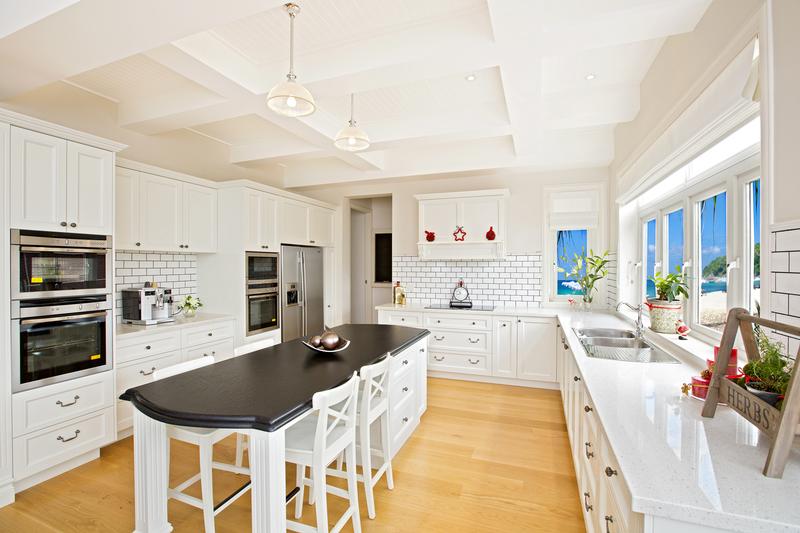 European trends are starting to show curves coming through after years of strict right angles.

Whether this takes off in Australia remains to be seen as it will impact on the final costing and relies heavily on the skill of the cabinet maker to perfect.

Other influence has been the increased interest in Hampton Style as a direct result of the TV show “Fixer Upper” “Reno Addict”.

The butler’s pantry is a common feature in new home displays which allows the mess to be hidden from sight of your guests.