This is the final blog to our three part series on the leading ladies in interior design.  We have honoured many but by no means have covered them all.

Zaha was born in 1950 in Baghdad, Iraq to a wealthy family.  Her father an industrialist and her mother an artist.  During the 1960’s Hadid went to boarding schools in England and Switzerland.  Later she studied maths at the American University in Beirut.  In 1972 Zaha moved to London to study at the Architectural Association.  She graduated in 1977 but stayed to teach along side her former teachers Rem Koolhaas and Elia Zenghelis.  Zaha became known to paint very imaginative projects.  Although most were published in design journals they were never built. 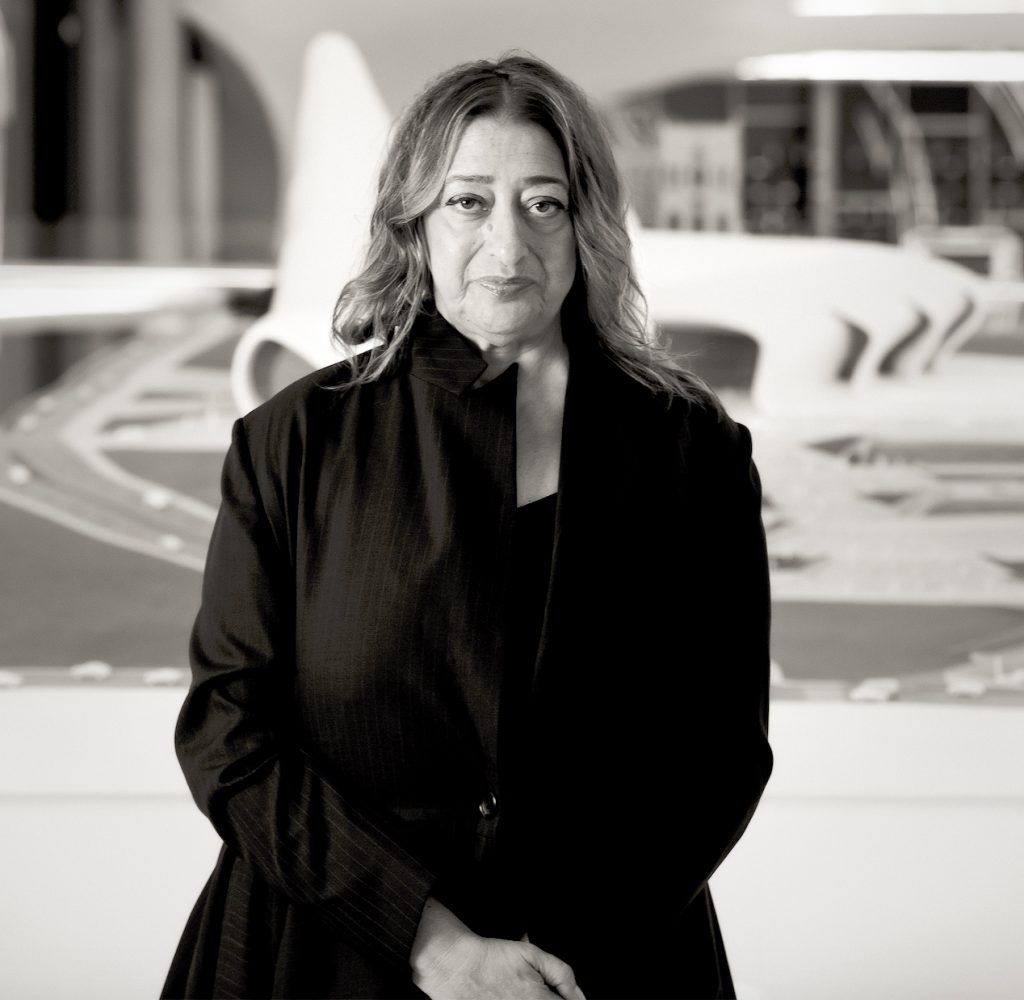 Hadid drew and painted like no-one had done so before

In 1980 Hadid began her own business in London. She drew and painted in a way no-one had done so before.

Zaha entered and won a prestigious competition. It was to design a private leisure club on Victoria Peak, Hong Kong.  Her design received global attention but was never built. This was because her design, at that time, was very hard to achieve.

In 1988 Zaha was one of seven architects chosen to exhibit at New York’s Museum of Modern Art.

Zaha won her first major project in 1990. She was hired to design a small fire station for the factory of furniture company Vitra, in Switzerland.  Her design was made of raw concrete and glass with sharp diagonal forms crashing together in the centre.  Before construction, the design plans were published in magazines.  This was the launching pad of Hadid’s career.

Famous buildings Zaha has worked on over the years

Zaha went on to design many famous buildings worldwide.  To name but a few: 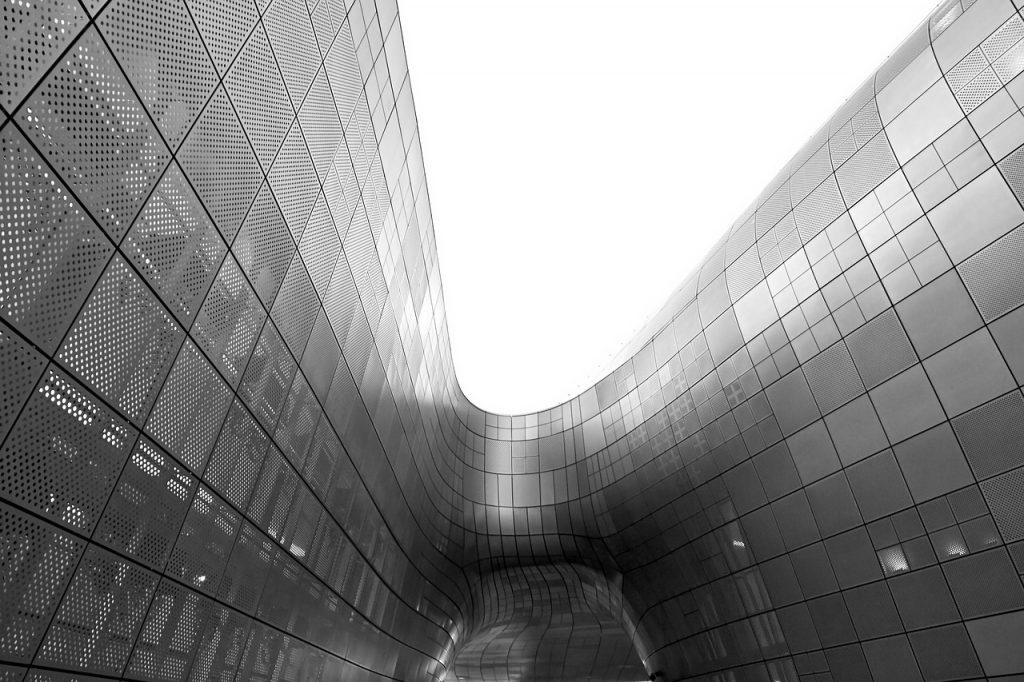 As well as her design company, Hadid carried on teaching.  She taught at many uni’s including Harvard, Yale, the University of Visual Arts in Hamburg.

In 2004 Zaha Hadid was the first ever woman to receive the Pritzker Prize – the highest honor you could receive.

Sadly Zaha died from a heart attack in 2016. She was in hospital being treated for bronchitis.  Zaha was at the young age of 65, she was single and had no children.

The statement issued by her design studio to announce her death read: “Zaha Hadid was widely regarded to be the greatest female architect in the world today”.

Zaha was a mastermind and was known to always push boundaries.  She was the queen of curves in the architectural world.  Her office ran in 44 countries with a staff of 400, who worked on a total of 950 projects.

Kelly Hoppen was born in Cape town, South Africa on 28 July 1959.  She lived there with her parents Stephanie and Seymour and older brother Michael.  The family moved to London in 1961 when Kelly was two.  Her father worked in fashion and her mother had a gallery in London.  The gallery show cased artists and photographers from around the world.

At the age of 16 Hoppen designed a family friend’s kitchen. This is where her career began.

Kelly does not like to follow trends and thinks outside the box.  She favours a neutral colour palette using a lot of taupe and beige to create calm balanced spaces.

Kelly married in 1982 to Graham Corrett but divorced in 1989.  Kelly and Graham had a daughter, Natasha Corrett – she is now a food writer.  From 1989 to 2003 Kelly was wife to Edwin Miller and step-mum to fashion designer Savannah and actress Sienna.

Today Kelly is a leading lady in interior design

Kelly is at the forefront of the design world today.  She’s hired by wealthy clients and celebrities like the Beckhams.  Hoppen has designed homes, yachts and jets.  She has also worked on projects such as hotels, offices and aircraft. 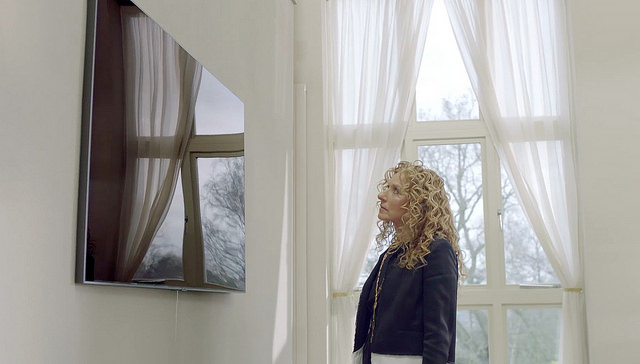 A few of her most famous projects include the One Shenzhen Bay in Hong Kong, the Hotel Murmuri in Barcelona and the design of a LUX Belle Mare resort in Mauritius.

Kelly is one of the most sought-after designers in the world.  Hoppen is the queen of high-end design.  She has also published eight books and launched an online store of her own products.  And has worked with a select few on QVC UK to offer ranges of fabrics, shutters, wallpaper and prints.

Between 1996 and 2007 Kelly won a number of awards.  These include the Andrew Martin Interior Design Award, ELLE Decoration Award and Grazia Designer of the Year.  In 2015 she was listed 35 out of 100 most influential British Entrepreneurs by UK-based company ‘Richtopia’.  And was appointed a MBE (Member of the Order of the British Empire) in 2019 for services to Interior Design.  She also works with UK Trade & Investment as a mentor to small business owners.

Hoppen hosted her own tv show called ‘Superior Interiors with Kelly Hoppen’, and was ‘a dragon’ on the hit show ‘Dragon’s Den’ for three series.  She also played a cameo role in the movie ‘Absolutely Fabulous’ with Jennifer Saunders and Joanna Lumley.

Kelly lives in London but spends Christmas in South Africa.

We hope you have enjoyed reading about some of the leading ladies in interior design.

To read Part One and Part Two of our ‘Leading Ladies In Interior Design’ blogs click here and here.

For help with any decorating or design projects please contact the team of Inspired Spaces.