There are many leading ladies of interior design. Of course, the art of Interior Design is obviously a universal one.  Historically, although women’s rights were well supported the role that women played in the industry was not fully recognised.

Over the years, females have been the driving force behind a vast amount of innovation and design icons.  Over the next three weeks, we would like to honour a few (of many) women who have left their mark on the design world.  These woman continue to inspire and empower others today.

Please take some time to explore our next few blogs talking about incredible women who helped shape today’s design industry.  The leading ladies of interior design, who’ve paved the way for other talented female designers, are in no particular order. 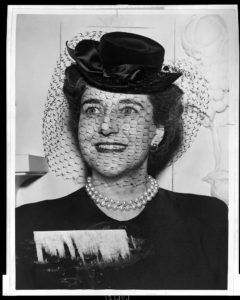 Dorothy was born in 1889 to a wealthy aristocratic family.  Parents Paul Tuckerman and Susan Minturn lived in Tuxedo, one of the most exclusive gated communities in American history.  Dorothy was primarily educated by a governess at home but also spent two years at a school in New York.

Dorothy married Dr George Draper in 1912 and together they had three children.  They continued to live a high society lifestyle, and Dorothy relished in the redecorating of their homes that they bought and sold.

Draper’s flair for style and decorating became apparent when her aesthetic enthusiasm was adopted by other high society friends and by suburban housewives.

Dorothy and George divorced in 1930.

Draper created a new style adding a modern twist to classical styles which became known as ‘Modern Baroque’.   It was a style that had particular application to large public spaces and modern architecture.  Dorothy used dramatic and contrasting interior colour schemes such as black and white with pops of colour.  She combined bold colours, textures and patterns, such as combining stripes with florals.  Draper’s style was the opposite of minimalism, today all the colour combinations and dramatic designs are now known as ‘the Draper touch’.

Dorothy also created a signature fabric with a cabbage-rose chintz.  However, her most inspired work was in public spaces such as the lobby in the Carlyle Hotel on Madison Avenue (her first important hotel commission).  The Sherry-Netherland Hotel in New York (known as today as Sutton Place).  The Drake in Chicago and The Greenbrier Hotel in West Virginia.

Carlton Varney purchased Draper’s company when she sadly passed away in 1969.

Born in 1910 and christened Dorothy May Kinnicutt by her parents G Hermann Kinnicutt and May Appleton Tuckerman.  Her nickname ‘sister’ was from her three-year-old brother.   Sister Parish was the cousin of Dorothy.

She had an extraordinary and privileged life.  As a child, the family had homes in Manhattan, Maine, Paris and the New Jersey hunt country.

When Sister was 19 she met and married a man named Henry Parish.  They settled in an old farmhouse on Long Lane in Far Hills, New Jersey which Parish decorated herself.  Here she found her own sense of style.  She made draperies out of white mattress ticking, covered the walls in white striped paper, painted wooden furniture white and the floor cherry red with white diamonds. Her home was charming and decorated more casually than other high society homes of the 1930s.  However her friends began asking her for advice on their own homes.

In 1933, during The Great Depression, May was 23.  She was determined her children should grow up with everything she had when she was young. So she decided to make a professional go of her decorating skills and opened her business, completely untrained.  She rented a small office in town, added wicker furniture and a sign that said ‘Mrs Henry Parish II, Interiors”.

Parish did little to advertise her talents during the early days but her small business was productive enough and was doing well.  She had no desire to monetise her talents by publishing books on decorating or through newspaper columns as her predecessors had done.

In the late 1950s Parish met Jacqueline Kennedy at a social event and helped her decorate the Georgetown family house.  Parish’s profile was raised considerably when Jackie Kennedy hired Parish to redecorate the family quarters at the White House.  At that time of issues regarding electing an Irish Catholic as President, Parish’s name lead to confusion and one newspaper published the headline: “Kennedys Pick Nun To Decorate White House”. 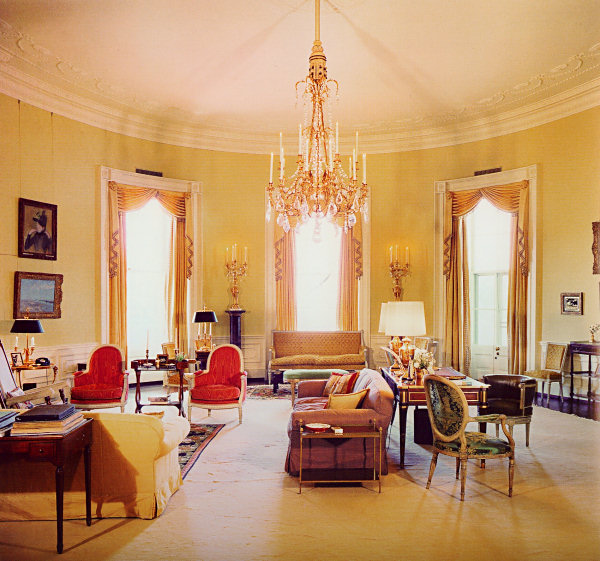 The high-profile assignment turned out to be an unhappy one and towards the end of the assignment, a rift occurred between Jackie and Parish.  One story was Parish had told a five-year-old Caroline to take her feet off the upholstery.  But another story behind it is because Jackie Kennedy did not pay all of Parish’s decorating bills.

In 1962 Sister Parish met a young designer named Albert Hadley who worked with her at the Kennedy White House. Two years later they became partners and would work together until Parish’s death in 1994.

Sister Parish originated the American Country look with its mix of good English and French furniture and painted tables and chairs.  She mixed over-stuffed lush chintz sofas with needlepoint rugs, contrasting prints, painted floors, baskets and patchwork quilts.  Her rooms all had character and warmth and were traditional and timeless.

Sister Parish was the last of America’s grand dame decorators.  She once quoted “Innovation is often the ability to reach into the past and bring back what is good, what is beautiful, what is useful, what is lasting.”

Next week we will publish part two of ‘Leading ladies of interior design’.

If you would like to find out what the difference is between and Interior Designer and an Interior Decorator click here.