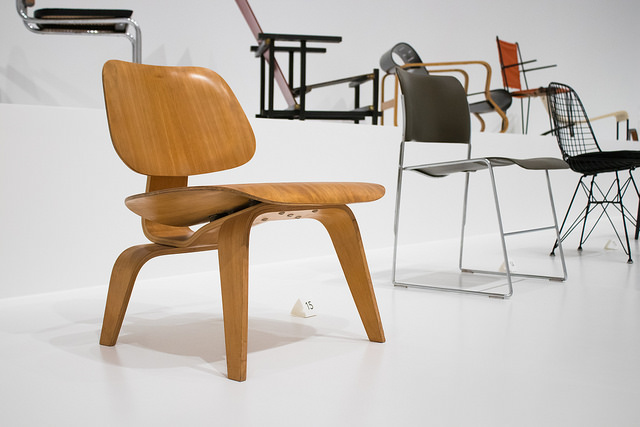 Ray Eames was one of the most influential female designers in modern design history. Born on December 15, 1912 to Alexander and Edna Burr Kaiser.  The family lived in Sacramento, California in an apartment and then in a bungalow outside of town.

Eames studied German Expressionist Hans Hofmann in New York City and later founded the American Abstract Artists group in 1936. One of her paintings is still on display at The Whitney Museum of American Art.

In 1940 Ray began attending the Cranbrook Academy of Art in Michigan.  Here she met Charles Eames.  They wed in 1941 and settled in Los Angeles, where they began working with each other in design and architecture.  They worked well as a team and used new materials and technology to create innovative high-quality objects produced at reasonable costs.  Ray and Charles worked on designs for monuments, houses, exhibitions and toys.  Ray also created several textile designs.  Two of them ‘Crosspatch’ and ‘Sea Things’, were produced by a famous company called Schiffer Prints.  Many of Ray’s textile designs can be found in various art museums today.

Ray continued to paint and design textiles while experimenting with different ways to curve and mold plywood.  It was chairs that Ray and Charles created from molded plywood that bought a break-through in their business.  From here ‘Eames Design’ gained an international following.  Their furniture items were made from fiber-glass, bent and welded mesh, cast aluminium, reinforced plastic as well as molded plywood.  All the furniture was manufactured and distributed by Herman Miller.

Today many of their furniture designs are contemporary classics, such as ‘The Eames Lounge Chair’ and the ‘Time-Life Chair’.

The Eames office split after Charles’ death in 1978 but Ray Eames continued to work on a number of unfinished projects.  Ray Eames passed away in 1988, ten years to the day after Charles.  They are buried next to each other in St. Louis. 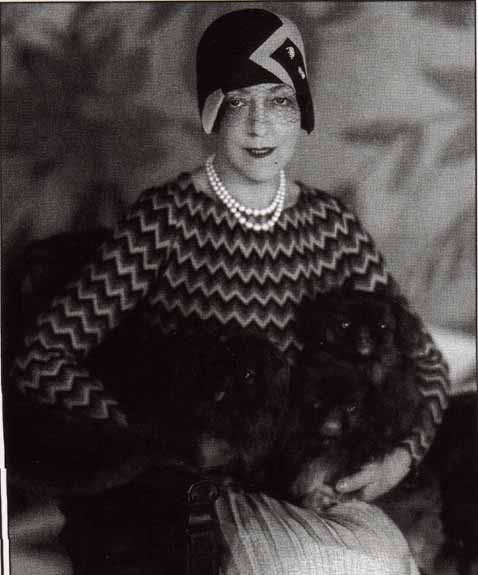 Elsie de Wolfe, also known as Lady Mendl, was one of the first recognised American interior decorators.  She was also an actress, a society figure in New York, Paris and London and an author of the book ‘The House in Good Taste’ in 1913.

Born in 1859 and only daughter to a Canadian-born doctor. Elsie’s creativeness with style and colour was apparent from an early age.

She married in 1926 to Sir Charles Mendl.  They kept separate homes as their marriage was a platonic one for social convenience.  When Elsie was in New York she resided with a close female friend, Elisabeth Marbury.  Many people observed and commented on their relationship as being a lesbian one.

There were many different elements that aided Elsie in becoming an known figure in interior design. Her reputation as an actress, her social connections and her success in decorating the house she shared with Elisabeth.

During her years in the industry, de Wolfe designed interiors for many prestigious homes, businesses and clubs. 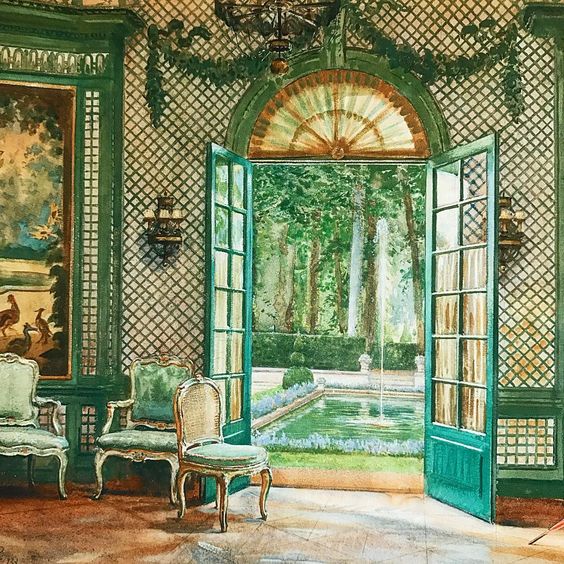 Although the younger sister of renowned architect David Adler, Frances earned her achievement of becoming one of the most prominent females in the interior design industry during the twentieth century.

Frances was born on November 7, 1888.  She didn’t go to college but followed her brother to Paris in 1908 while he studied architecture.  During their time in Europe the siblings met various up and coming artisans.  Elkins began working with two particular artists Jean-Michel Frank and Alberto Giacometti.  She provided ideas for some of Jean-Michel’s leather furniture and Alberto’s hand-crafted plaster lamps.

Frances married a wealthy polo player, Felton Broomall Elkins in 1917 but they soon divorced in 1918.  They had three children together.

In order to support their children Elkins began decorating houses for friends.  She then moved into decorating hotels and clubs and later in her career worked with her brother, David Adler, on about 15 houses in California.

Her niche was mixing traditional and contemporary styles, patterns and colour.   She also favoured French provincial furniture.  Frances liked to mix white, blues and yellows in her rooms.  She would allow pink and red coloured carnations to be the only flowers used.  Lacquered tables by Jean-Michel Frank and sconces made by Alberto Giacometti were often present in her rooms.  Frances was known to be one of the first decorators to use all mirrored walls in bathrooms.

Elkins ventured into furniture design.  She created and manufactured only a small amount of chairs that are known as the ‘Loop Chair’ and ‘Spider Chair’.  Reproductions of both of these chairs are available today.

We hope you have enjoyed reading part two of our blogs series ‘Leading Ladies in Interior Design’.  To read Part One click here.  There are many leading ladies in interior design so part three will be next week.